skip to Main Content
Your Values. Your Vision. Your Goals.®

Harvey and Harriett, both in their 50s, were long-time executives of a very successful public company. As a result, they had accumulated a large number of highly appreciate company stock options which were coming due soon.

As the stock option deadline neared, they were equally concerned about the enormous income tax consequences and the dilemma of how to invest the proceeds.

With no children to plan for, they focused on their life-long dream of extensive travel, exploring various entrepreneurial endeavors, and becoming more involved with their favorite charities. 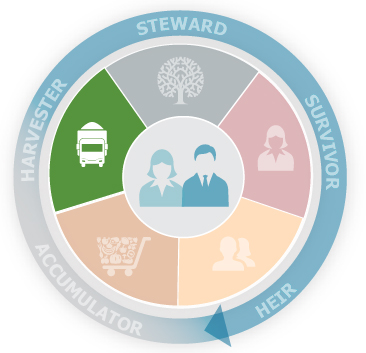 The company had been good to them.  The stock had performed well.  They had given little thought to other investments. However, their newly found financial independence was on the line.  They became aware of the dangers of volatile share values, fickle public markets and lack of diversification. It was time to exercise their options.  To complicate matters, both federal and state income tax rates were at the highest levels in decades.

With all this in mind, Harvey and Harriett clearly defined their goals.

Now they just needed the right people to help them meet these goals.

The Impact of Superior Planning

Harvey and Harriett did their research, put the word out, and found Superior Planning through their network of friends, colleagues and associates. Not surprisingly, they interviewed a number of other firms beforehand.

In addition to a number of positive references, they said they made their choice based on Superior’s unique business proposition; to provide unbiased advice without an obligation to invest or buy any financial products from them.

Harvey and Harriett are now working toward their goals in an efficient, orderly manner. They are saving time and money, and making better decisions than ever using the tools provided by Superior Planning.

The first step to give them a clear picture of their present situation was to perform a Family Wealth Audit™. With their present situation and goals in focus, the next step was to write a Master Investment Policy™. This working document is the heart of their Superplan®, the continuous planning and implementation process designed to give them a solid financial base and platform for making future decisions.

Each meeting with the Superior Planning staff gives Harvey and Harriett the opportunity to track their lifestyle cash flow, monitor and manage their portfolio, and maintain context with their legacy plans and goals. They tell us that these regular opportunities to update their plans give them a sense of confidence and control they didn’t know was possible

Designed for Harvesters, The Family Wealth Essentials video series, addresses your particular needs and concerns during this part of your financial journey. Watch and learn about them today!

© Copyright 2021 by Superior Planning, Inc. All Rights Reserved.
Back To Top
×